The corner of the Hattrickaholic: Meet the heroes

January 15, 2012
Let us introduce you the four basic heroes of our comics... Actually they don't have real names, though we are using nicknames for them. Here they are: 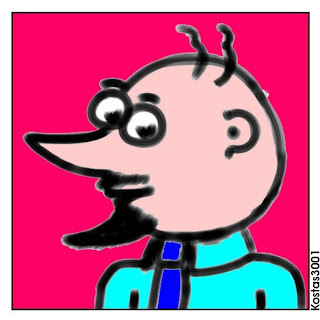 Our guy
"Our guy" is the bald guy, with the sharp nose and the beard, probably the most basic hero. If the creators give a piece of themselves to every hero, then "our guy" has taken it from Teodoreh. He is an irritable loudmouth, obsessed with Hattrick and generally a person who doesn't like being fooled, neither overbid! On the other hand, he is pleasant and arguable, at least when not being competed! 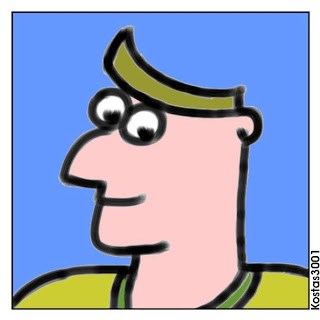 Dummy
"Dummy" on the contrary, is the tall and fatty, once well built guy, the best pal of... "Our guy". Also obsessed with Hattrick, but cooler and calmer, although sometimes naive and ignorant, having his skills in Hattrick below mediocre! It seems that these two are coworkers, but I guess they spend most of their time at work by playing Hattrick! 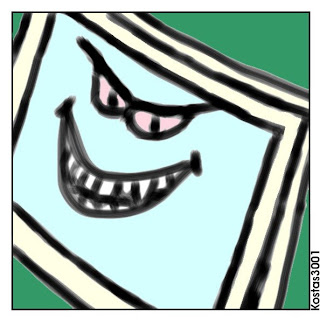 Computer
The "Computer" is an anti-hero, who was born and had his... personality built during the series! At start he was about to become an observer of the others' lives, but Kostas3001 gave him a darker personality, and converted him to a scabby, unhesitating and opportunist manager, who forgot to download the "virtuousness" file!
You will find the "Computer" as a coworker of the two other fellows, or relaxing at "our guy's" desk (as he is somehow the owner). Sometimes he is mocking, or deceiving his friends and sometimes he assist their bizarre activities by following them. Being a computer, he is only managing ... bot teams! 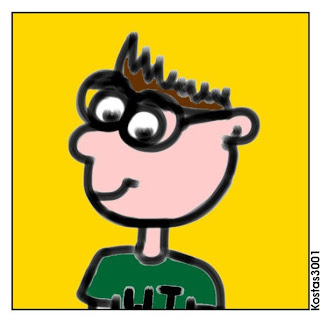 Junior
Finally, "Junior" is the youngest of our company. But size does not count here. He is by far the best manager, always informed about the latest changes and updates. A sharp mind that can analyze any opponent! We are talking about the calmest, nicest and coolest hero of our stories, who often tries to transmit his knowledge to his friends - of course without any result!.. 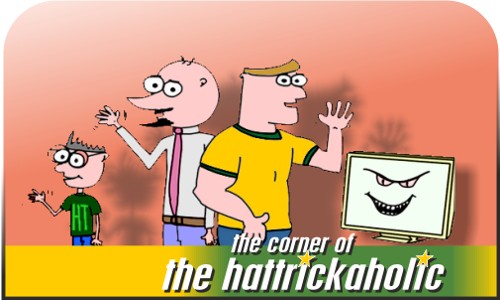 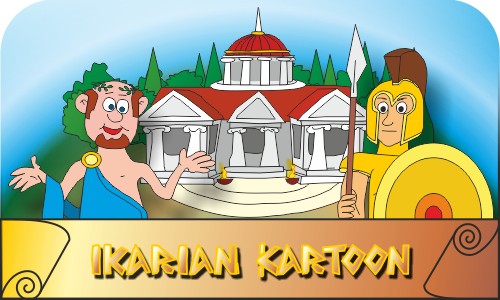